Home Technology What is the screen aspect ratio and what are its benefits in a phone, tablet or laptop?

What is the screen aspect ratio and what are its benefits in a phone, tablet or laptop? 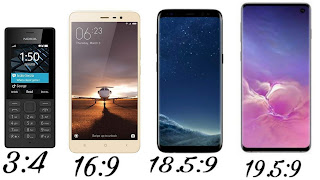 Do you remember your old feature phone, which used to have a 1.8-inch screen, And you could only do calling and massaging in it. But today you have a big mobile in your hand, in which phone with a 5-6 inch screen or a screen larger than this is available. With this, there is also talk of many new technologies regarding this screen.
Recently there is a lot of discussion about the screen aspect ratio in the mobile display. Some phones talk about the 16: 9 aspect ratio, while some talk about 18: 9 ratio. Most of today's phones come in the aspect ratio of 19.5: 9. Recently, 21: 9 aspect ratios for mobile screens have also come in the smartphone market.
In such a situation, you will often think about what is this aspect ratio and what difference does it make to the display? So let's know about this screen technology in detail today.
First of all, this question will come in your mind that what is this aspect ratio? The aspect ratio tells the ratio of width and height of any screen. It is mainly given in the form of W: H . Where W means width and H means height, that is to say, the ratio of height. If the screen aspect ratio of a phone is 19: 9, This means that the width of the phone is divided into 19 equal parts while the height is divided into 9 equal parts. The horizontal bar that is formed to distribute this proportion of the screen is called letterboxes.
Similarly, if the aspect ratio of the screen is 19.5: 9 or 21: 9, then understand that the width and height of the picture are 19.5 : 9 or 21 : 9 is divided into equal parts.
How the screen aspect ratio changed 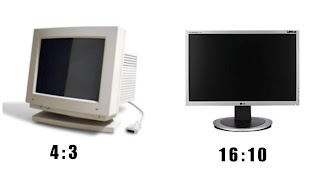 By the way, the aspect ratio for mobile is the most mentioned today. In this case, talking about mobile is also important. Till 2010, screens with 3: 2 and 5: 3 aspect ratios were mostly used for mobile phones. But this changed completely after the arrival of the smartphone. After 2010, screens with 16: 9 aspect ratios became more popular, Where users started using the widescreen on the phone.
As of 2016, phones used to have 16: 9 screen aspect ratios but in 2017, Samsung brought smartphones with 18: 9 aspect ratio screens, which the company named Infinity Display. With this screen, the bezels on the phone became even less and people started getting wide screens in small devices.
However, now the phone with the notch screen started coming, in which, In a phone with waterdrop notch, due drop notch, mini notch, punch hole display and popup camera have arrived with 19.5:9 or  21:9  ratio screen. Sony and later Motorola have launched their phones in which the screen with a 21: 9 aspect ratio has been used in smartphones. This aspect ratio is the latest aspect ratio in the mobile.
What difference make the aspect ratio on display ? 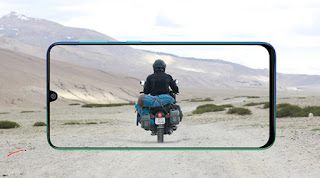