Home Technology Now You Can play PUBG Mobile On 90 FPS And Frame Rate | What Is FPS?

Now You Can play PUBG Mobile On 90 FPS And Frame Rate | What Is FPS? 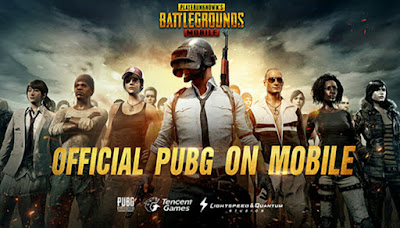 Pic Credit - PUBG MOBILE
If you had a plus phone and you play PUBG Mobile in it, So that's good news for you. OnePlus has announced that the popular Battle Royale game PUBG Mobile can now be played at 90 Frames Per Second (FPS) on the company's selected mobile Phone. It will be applicable worldwide except China, Japan, and Korea. Right now it is only for OnePlus and only for a month from 6th August to 6th September. This is the first time that PUBG Mobile will be available on any smartphone at 90 FPS. Those playing at a higher frame per second rate will feel smoother and this can also improve their game significantly. The feature will be available only on OnePlus 7 Pro, OnePlus 7T Series, OnePlus 8, and OnePlus 8 Pro.

PUBG Mobile is a battle royale game where players must be faster than enemies to win. Playing the game at a higher frame rate in a display with a higher refresh rate will greatly enhance the gaming experience and players will get more benefits than other players. PUBG Mobile is constantly trying to improve the game.

In today's era, FPS is not only related to film projectors, video cameras but even beyond it. It is being used in technology like video games, animation, online streaming, or broadcasting.

To understand the concept of FPS, you need to know how a camera or other video capturing device records any footage. Let us tell you today what is FPS and how it works?

What Is Frames Per Second ( FPS )?

If we turn the pages of this comics quickly, then the pictures inside will look like moving or just like an animated film.

The technique of video is also something that is similar to a series of pictures, which if seen at the same speed, the pictures will look like moving. For example, suppose each picture is one frame and if a video is shot by shooting at 20 fps, that means we are showing 20 frames in a second.

Frames per second (FPS) is a measure of the frame rate - The number of consecutive full-screen images that are displayed every second. In another way, the number of photos or frames that change in a second is called the Frame rate or Frames Per Second'. That is, the higher the frame rate, the smoother the video.

FPS and Screen Refresh Rate are almost the same. FPS means how many frames changes in a second and the refresh rate is how many times the screen changes in a second. You will be able to play the game at higher fps only if the screen of your phone or monitor can support that frame rate. To play a 90fps game, you must have a screen that changes at least 90 times every second, ie a refresh rate of 90Hz.